Numerology/Astrology for 12/7/16 – Plus Personal Blog 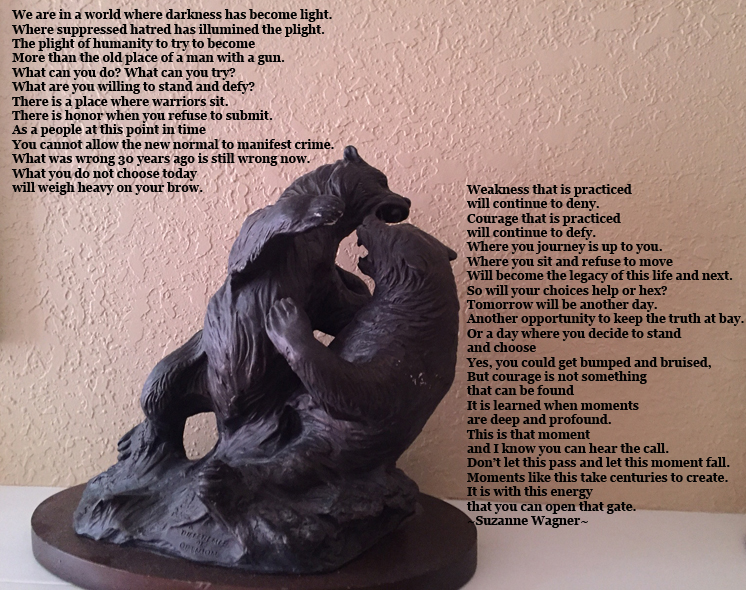 12/7/16 is the number 10. The number 10 attempts to realign your soul’s higher purpose to the bigger cosmic order of life. Right now so many are out of alignment with their highest self. So many are literally circulating in the opposite direction of the nature flow of life. When earthquakes happen the electromagnetic fields of energy spin your chakras in the wrong direction. The result is a deep-seated confusion and a feeling of instability. All of us right now are experiencing some form of confusion and instability. The feeling that you thought you knew which way the world was spinning was a strong experience. But then so much has happened in the last month that many feel like now their entire world reality and faith in the human spirit to evolve past such anger, hatred, and conflict is an illusion. It is a shock to the very core and identity of what it is to be an American. It is as if we stepped on a path to what we believed was a pathway to world peace and harmony. It is a shock to see that there are a huge number of people that choose hatred and anger over peace. But those are the facts. Armed with those facts we much step onto a new path. Where that path leads is anyone’s guess but instead of a slow and steady progression, now we have a path with a multitude of twists and turns. We are deep in the bowels of our own game of Dungeons and Dragons. It is no longer about idealizing the dream; it is about surviving the game. There can be some impatience, insensitive communications, and rushing things through with a semi-square between Mercury and Mars this morning. You may be working under stressful or hectic conditions, as you are feeling great pressure to get things done quickly. Just know that you might be inclined to be snappy and irritable, and you may too quickly interrupt others rather than listen. Conflicts of interest are likely. However, this is a generally good time to take steps towards making you feel more secure and safe, and for family or domestic activities. Venus enters Aquarius today, where it will transit until January 3rd. You move towards unconventionality, independence, and freedom as themes in your social relationships under this influence. Experimental relationships, entertainment, purchases, and pursuits are more intriguing now. Allowing one another freedom of expression, and treating others fairly, unselfishly, and impartially, are themes now. This influence also affects your tastes, interests, and pleasures, which can incline towards the new, unusual, and different. You might wonder who you are becoming? That is something you are going to discover over the next few years. You will find a strength and courage that you did not know you possessed.
~Suzanne Wagner~
Quote

For small creatures such as we, the vastness is bearable only through love.

We are in a world where darkness has become light.
Where suppressed hatred has illumined the plight.
The plight of humanity to try to become
More than the old place of a man with a gun.
What can you do? What can you try?
What are you willing to stand and defy?
There is a place where warriors sit.
There is honor when you refuse to submit.
As a people at this point in time
You cannot allow the new normal to manifest crime.
What was wrong 30 years ago is still wrong now.
What you do not choose today will weigh heavy on your brow.
Weakness that is practiced will continue to deny.
Courage that is practiced will continue to defy.
Where you journey is up to you.
Where you sit and refuse to move
Will become the legacy of this life and next.
So will your choices help or hex?
Tomorrow will be another day.
Another opportunity to keep the truth at bay.
Or a day where you decide to stand and choose
Yes, you could get bumped and bruised,
But courage is not something that can be found
It is learned when moments are deep and profound.
This is that moment and I know you can hear the call.
Don’t let this pass and let this moment fall.
Moments like this take centuries to create.
It is with this energy that you can open that gate.
~Suzanne Wager~